Posted on June 1, 2015 by lembrechtsjonas

Science has to keep up with the rest of society, in order to stay meaningful. Luckily, science is all about innovating, so the good ideas are plentiful. 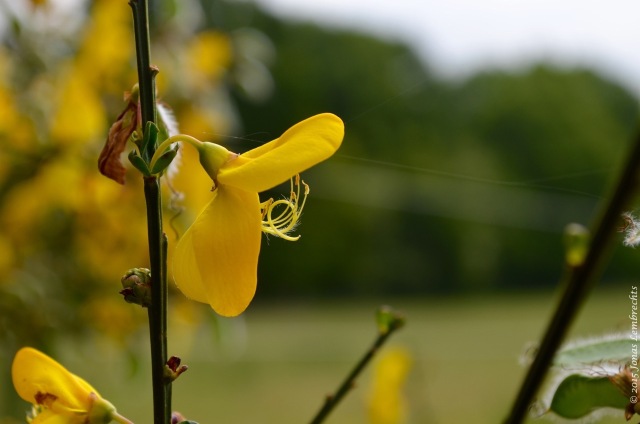 Through the ‘Empowering biodiversity research’ conference in Brussels, Belgium, where big datasets in ecology got the praise they deserve – I stumbled upon a precious little thing that might symbolise the future of large-scale data collection in biodiversity conservation.

That precious little thing is called ‘That’s invasive’ and it is a smartphone app (available for Android ànd iPhone!) to collect data on some major plant and animal invasive species.

Invasive rhododendron, beautiful flowers, but unfriendly against all other plant species. Record its presence through the app.

The app contains 24 highly invasive species from Europe, with clear pictures and explanations. It is very user-friendly (again, that’s part of the future) and allows you to locate the invader on a map, upload pictures and specify the level of invasion . The app contains animals like the American Mink, Canada Goose, Ring-Necked Parakeet and American Bullfrog, together with a bunch of water plants and species like Himalayan Balsam and Giant Hogweed.

Seedling of Japanese knotweed, enough to trigger a whole new invasion! The app could help following these new outbreaks.

With enough community awareness, this app could be the key to follow plant and animal invasions at the front line and as such, it definitely deserves our support and a bit more publicity!

Currently, the app focusses on 24 European invaders, but it could do with some more species and a global scale. Tracking the global expansion of red clover, for example, would be a nice extra.

Find more information on the website of RINSE and start recording your own invasive species!