The land of the setting sun…

Posted on September 20, 2015 by lembrechtsjonas

… at least, so it felt after a week of beautiful summer weather. 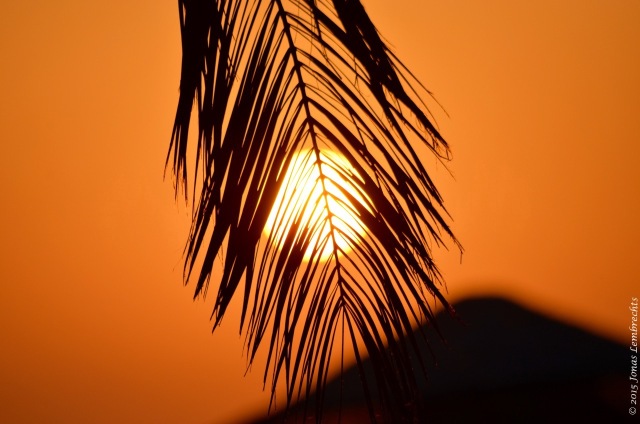 The western coast of Turkey boarders the Mediterranean Sea, and every night the sun drops from the sky into the water, painting the world with the warmest colours. 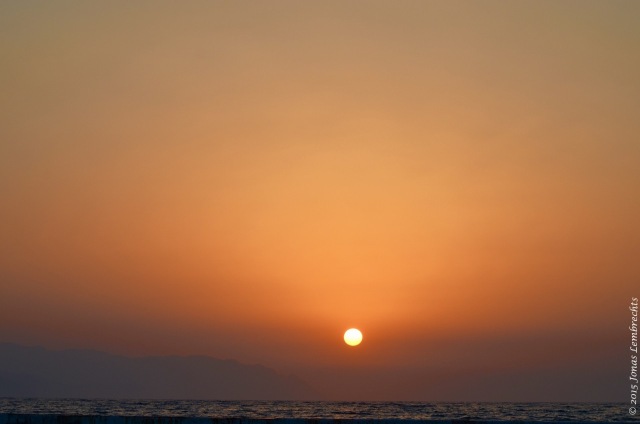 Sun setting behind the isle of Samos, Greece

Turkey definitely holds on to the summer a bit longer than I am used to from higher north, and it was a blessing to feel the warmth of the sun for a while again. 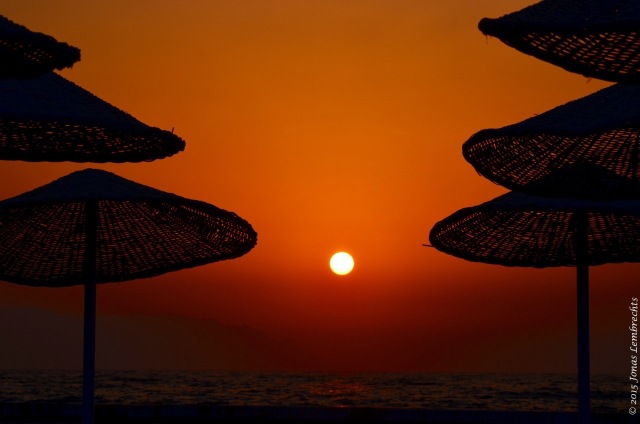 Recharging the batteries like this gives plenty of energy to dive into new projects. 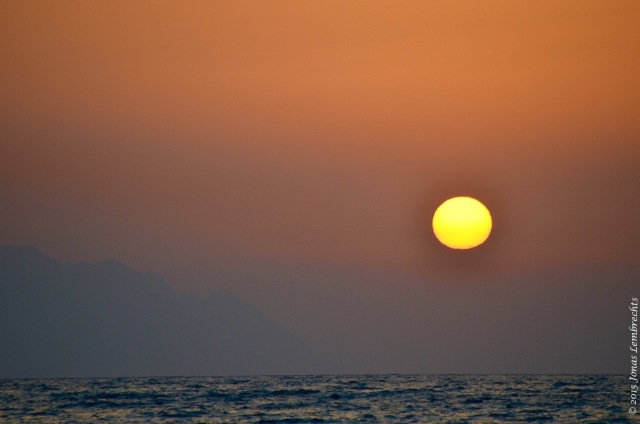 The Mediterranean sun plunges much faster into the sea than I am used to from higher latitudes. Sunsets are surprisingly short, only in a few minutes skies and clous change colour, the sun grows bigger, kisses the sea and disappears under the horizon. 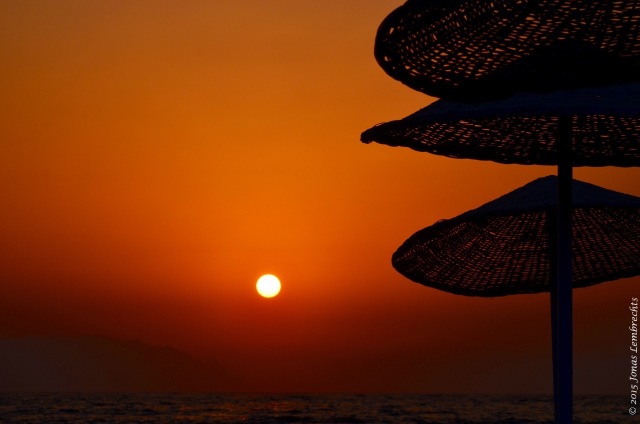 In Belgium, he lingers much longer on the edge, only slowly approaching the sea and the inevitable end of the day on a slightly less vertical path. In Sweden off course, the sunset-balance has even shifted completely in the other direction. On a nice summer day, the sunset easily lasts the whole night, avoiding the collision with the horizon for hours in a row. 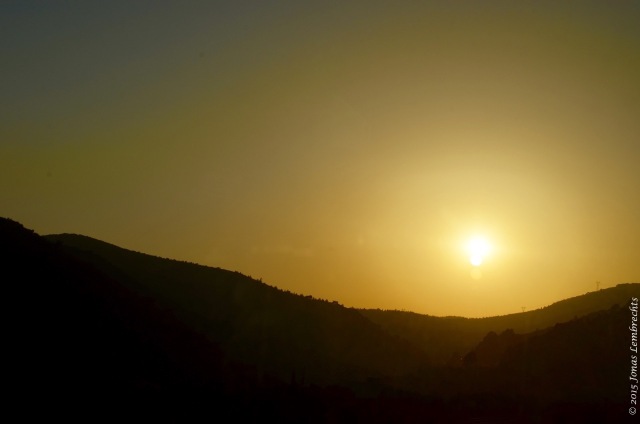 Setting sun in the mountains in the Turkish inlands

Mountains disrupt these sunsets with their shadows, (the undisrupted seasons providing one reason to prefer the oceans). Mountains shorten the days as their long shadows loom over the valleys. But if you climb high enough, slopes on the horizons can add a beautiful extra dimension to the daily sunset routines. 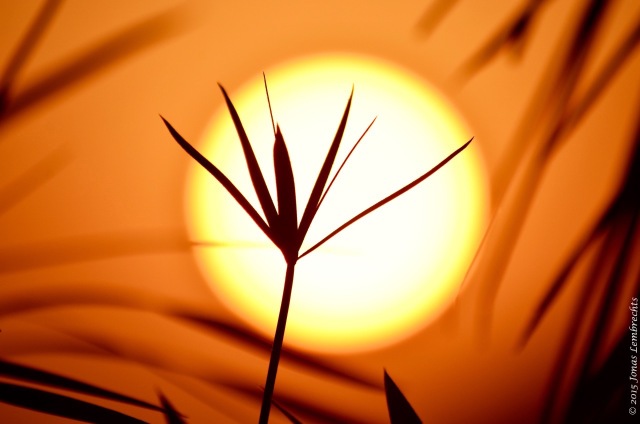 Traveling from oceans to mountains, and from mountains to oceans, it will never grow old. 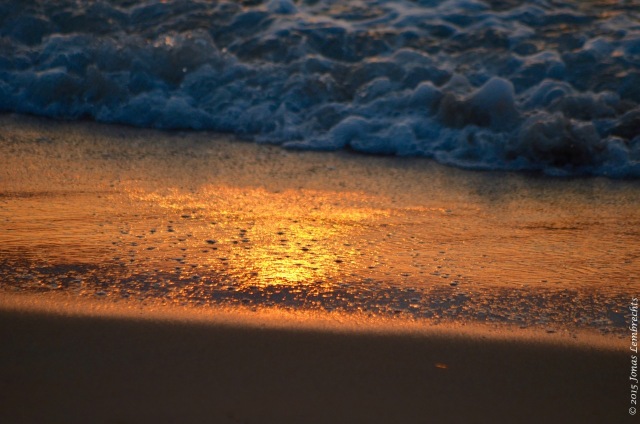