It is about time to give an overview of what I was actually searching down there in Chile.

Our research there results from a collaborative project between Sweden, Chile and Argentina. As a Belgian guy, I may at first seem a bit out of place in this collaboration, but I got involved after my thesis in the roadside project in Sweden, where we looked at the effect of roads on mountain vegetation.

In that previous project, we investigated how alien species are currently distributed in the mountains. There we showed the strong correlation of aliens with roadsides. With this experimental approach, we want to dig deeper and find the hidden processes behind the observed patterns. Therefore, we experiment with several factors in a twin-experiment in the high north of Sweden and the very south of Chile.

First important factor is given by the elevation in the mountains. We noticed a strong decrease in aliens with elevation, but the driving factor behind this decline still needs to be defined. It could be an effect of the harsh climatic conditions, or the result of a much higher seed input in the lowlands. By sowing a similar amount of seeds on every elevation and closely monitoring the temperature, we will be able to track how the aliens deal with the mountain climate. 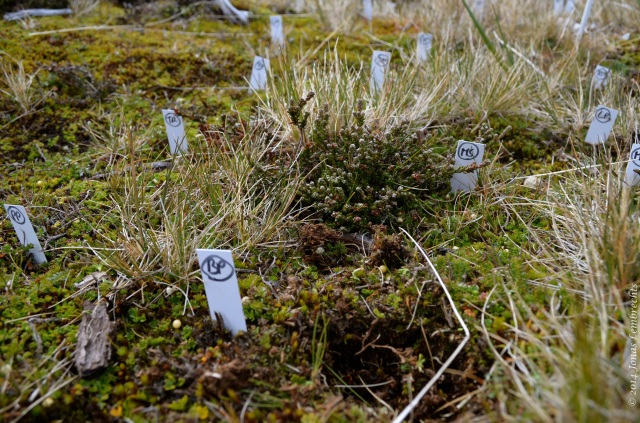 Additionally, the correlation with roadsides hints to a strong positive effect of anthropogenic disturbance on the presence of aliens. (Note: a positive effect in science points towards an increase or an observed presence, not necessarily something that makes you happy). However, disturbance also changes the climatologic circumstances, especially resulting in extreme temperatures. Our plots on all the different elevations consist of a disturbed and an undisturbed part. The objective is to compare the alien performance between these two parts and measure the effect. 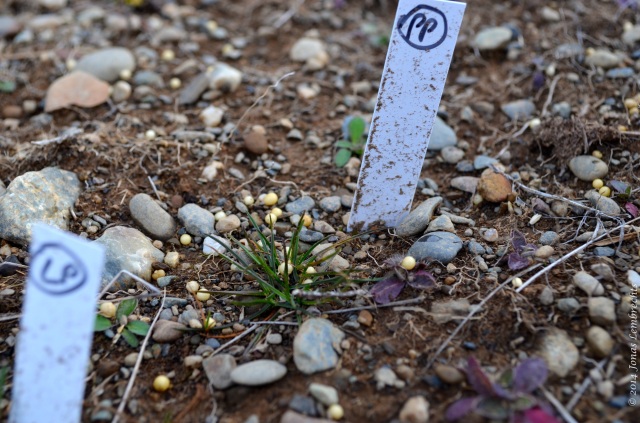 A final hypothesis about alien plant invasion in mountains involves the soil conditions. Mountains are in general nutrient-poor areas. By adding fertilizer to part of our plots (visible as the small orange particles in the picture), we can measure the importance of these nutrients on the alien performance. 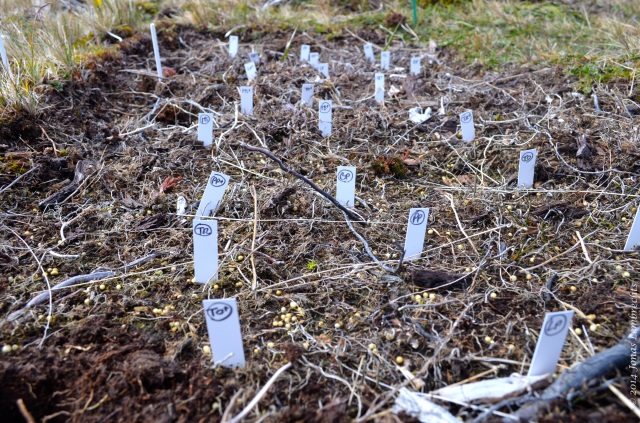 The experiment lasts two years, so we can follow both summer growth and winter survival of the aliens. On my last trip, we measured summer growth in Chile. Next summer will give us the final performance data from Sweden. After those two years of field work, we will finally be able to tell you what the future will bring for our mountains.

4 Responses to The current experiment