Posted on September 29, 2016 by lembrechtsjonas 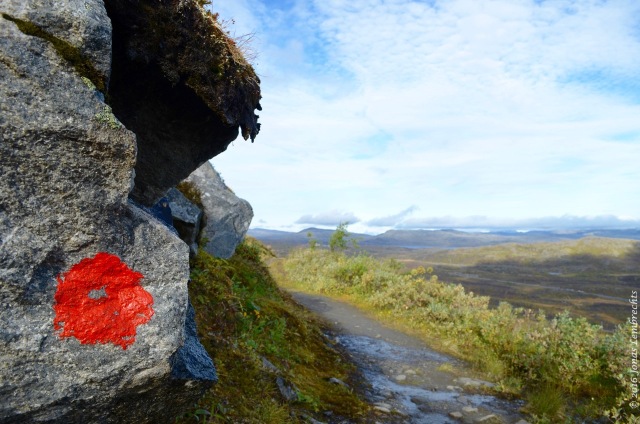 Day 2 of our awesome autumn field trip to Abisko in the north of Sweden (day 1 here) brought us to the beautiful valley of Laktatjakka.

This year, we did not have the best relationship with this otherwise amazing valley, as especially weather-wise it can be quite a troublemaker. 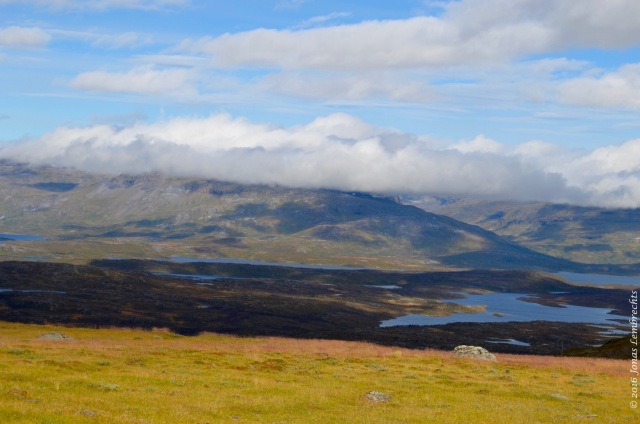 You might recall from my previous post that I described the magic of Nuolja, the mountain blessed with the skill to block out the rainclouds from Norway. Laktatjakka has its own magic, but in the opposite direction: it holds the clouds as long as possible, so it often stays damp and cloudy even when the rest of the world is blue.

Day 2 was a uniquely good day, though. The mountain was kind to us, and delivered an easy and relaxing hike in the sun to 900 meters.

One of our experimental plots, where we measure the chances of plant invaders in disturbed and undisturbed mountain vegetation

Again, that is where our plots awaited us. And they had a big surprise for us, even those at the highest elevations: 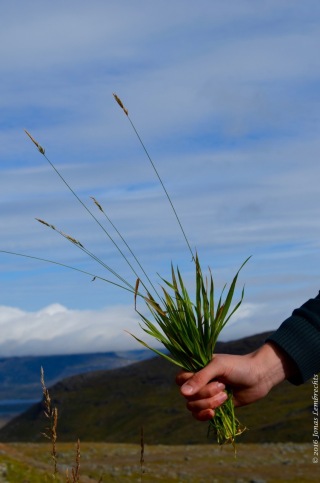 The growing season must have been fantastic, as even at 900 meter, far above the tree line, many of the non-native plants we had sown there had managed to grow to maturity. 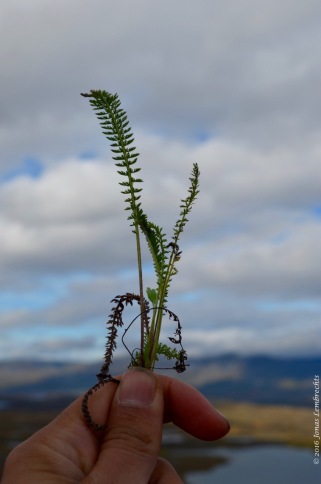 Not all of them, of course, plenty of them did not survive the winter, but in any case many more were flourishing than you would expect based on the cold climate of the area. Just imagine, it was sometimes hard to stand it counting plants up there in summer, but these little plants, with parents used to the mild climate from the Netherlands, did not seem to bother at all. 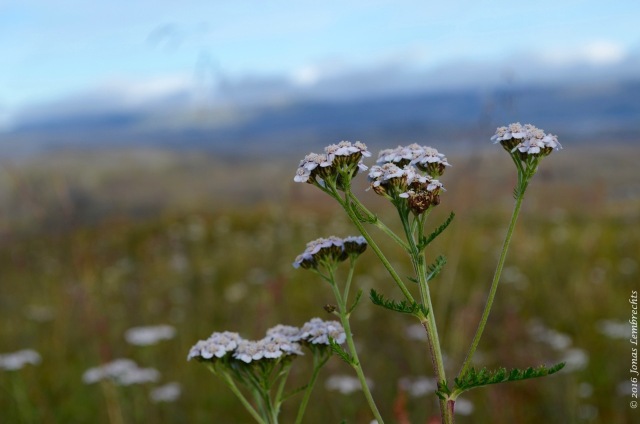 Achillea millefolium, the common yarrow, at 650 meters elevation along a trail

Another sign of the amazing flexibility of these species, as our research has been showing over and over again. It was thus not much of a surprise to see whole patches of common yarrows (one of the most adaptive ones) all along the trail. 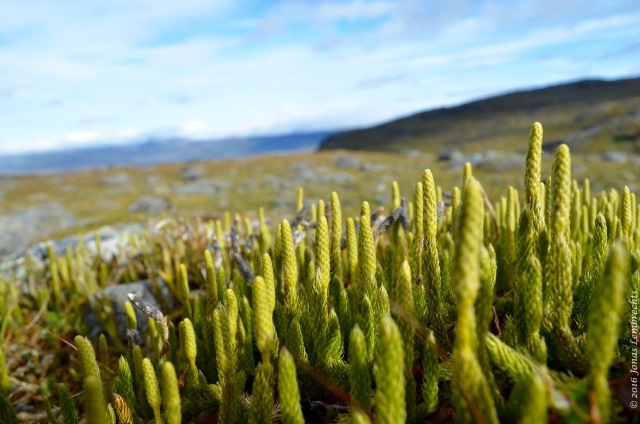 It is interesting to see that these vulnerable-looking species succeed so easily here, while many other plant species in the area look like they only manage to deal with the cold thanks to a whole set of adaptations: small growth, tiny leaves, thick skins. 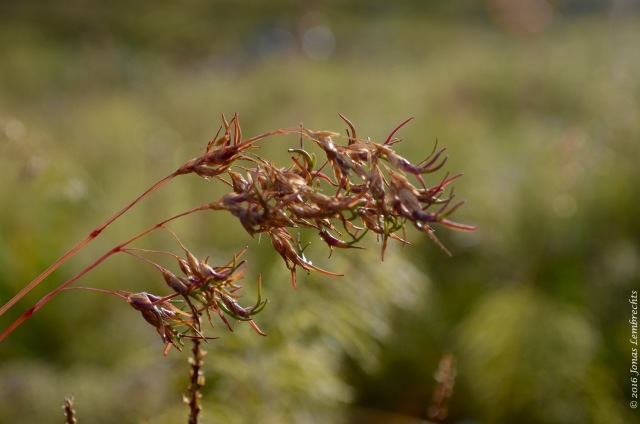 Viviparious Poa alpina, the alpine meadow-grass, with the seedlings growing from the seeds when the seeds are still attached to the plant

Some of them even protect their offspring by growing their seedlings on the mother plant, and only releasing their babies in the wild when they are already more than a centimeter long (like on this picture of Poa alpina, the alpine meadow-grass). All to battle the extreme conditions with low nutrients and cold temperatures in the north.

After a day of admiring these impressive skills, we hurried back down to the safety of the lowlands, only stopping halfway for a minute to gather another one of the blessings of autumn: blueberries.

Like what you see? All pictures from day 1 and 2 can be found in the picture gallery on the right of my blog!