The stars of the project

Posted on August 3, 2016 by lembrechtsjonas

You can scroll through lots of pictures of nice landscapes and curious plants in my previous posts on our fieldwork trip to Scandinavia, but that leaves us with one important question: did we actually see any of the stars of the project, our non-native mountain invaders?

Oh yes, we did, and they keep behaving like we always expect them to do: plenty of them along the road and the railroad in the valley, scattered occurrences along the trails towards higher elevations, sudden peaks of occurrence at huts, bridges or ski lifts. 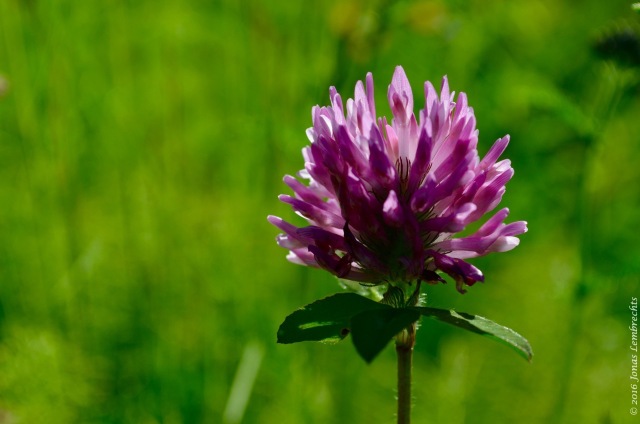 We privately hold a tiny competition between this year’s 4 main study subjects: the red and white clover, common yarrow and the narrowleaf plantain. Who would make it the furthest, who has currently expanded to the highest elevation?

Red clover, Trifolium pratense, along the shore of a Norwegian fjord in Narvik

The plantain was the obvious loser. A few individuals down in the village and at the tourist station, but none of them brave enough (yet) to expand any further. The two clovers do much better, yet with white clover easily outrunning its red companion towards higher elevations.

Common yarrow, Achillea millefolium, on a rock on the shore of the Abisko river.

But even the white clover is still a rare occurrences along the mountain trails around Abisko. The only non-native that seems capable of beating the limits is the common yarrow. Its distinct leaves can be found along the trails till well above 700 meters (which feels much higher in the subarctic mountains than the number seems to indicate).

Now it is collecting more data and waiting to see which patterns appear. Hope to have some more cool stories soon!