An unstable atmosphere – some thunderclouds passing to the north of us – made for dramatic views of the heathland in the ‘Kalmthoutse Heide’, when we were out there collecting data for the Dark Diversity Network.

It made for apocalyptic views at our disturbed site, where we measure the impact of anthropogenic disturbance on the dark diversity – the species absent at a certain location. In our case, the disturbance had been dramatic, as proven by the picture above, yet with a noble goal in mind: turning a pine forest back into heathland – the target vegetation of the area. We aim to monitor over the years how the vegetation will recover from that drastic disturbance.

Those target heathlands were showing themselves from their best sides in many of our other plots, proving once again that the Kalmthoutse Heide is one of the crown jewels of Flemish nature. If ever in the area, I strongly recommend you to visit them, especially towards the end of August, when the vast plains turn beautifully pink! 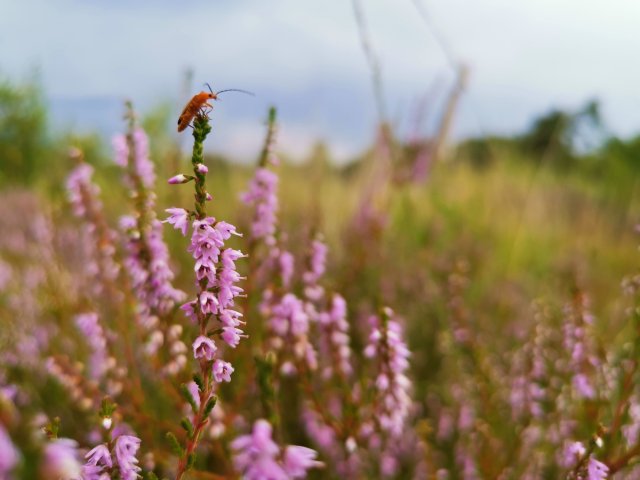 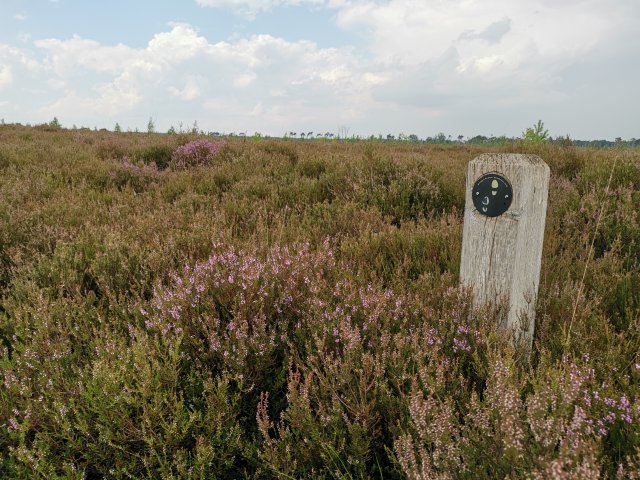 Just too early for the pink Calluna-fields of late summer

Oh, and don’t worry about those clouds – modern technology lets one track the weather with an accuracy of a few minutes and meters, so plenty of time to go into hiding long before things get awry.