Natural history – the science of nature observation – has taken a rocket into the 21st century, and I love it. The ‘rocket’ I am talking about is called iNaturalist, and it is an app that allows anybody in the world to take pictures of the living world around them and upload them on the website. Yes, dusty old herbaria and insects on alcohol are still a thing, but observing species has become a lot easier and faster lately.

Once you have taken a picture of a living thing and uploaded it to the app, a deep learning method – based on the huge database of correctly identified organism pictures – gives you a suggestion of which species you have observed. Such apps are popping up like mushrooms in the last years (I positively reviewed Pl@ntnet here earlier), but iNaturalist, which celebrated its 10th anniversary last year, is different in a crucial way.

iNaturalist is more than a robot recognizing plants and animals. It’s a community. It’s a social network of naturalists and nature enthusiasts, as of today (it’s a busy week at iNaturalist) 130 thousand (!) strong across the globe. If you upload a picture and give it a name, either with the help of the robot or based on your own knowledge, the community will check your observation and verify the ID. If the community agrees, your observation becomes ‘research grade’. And that is particularly awesome.

Two observations at once! A skipper on a thistle, in the Chilean Andes

Research grade means that the identification is sufficiently trustworthy for it to be used for research. That is, people like me, ecologist, biogeographers, scientists interested in the distribution of species, get another data point to work with. The data gets automatically fed in into GBIF, the Global Biodiversity Information Facility, the huge database of species distribution data that is used by countless ecologists in their research.

iNaturalist is especially well suited to map biodiversity in our cities

And you know what? For so many of our questions, all we scientists need to know is where a species occurs. The coordinates of its location. It is as simple as that. So if you see a species – boring or cool, common or rare, snap a picture of it and upload it to iNaturalist, you are basically giving us a datapoint to work with. And that is just awesome. You should try it out! I promise you, we ecologists will make good use of your input. It can be crucial in our ongoing job to save as much biodiversity as we can, in a world with rapidly changing climate and land use. As all is changing so fast, every observation may count. 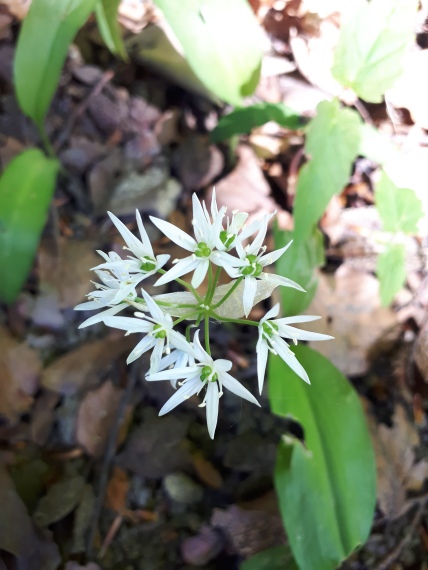 Allium ursinum, wild garlic, an easy one to identify for the iNaturalist robot