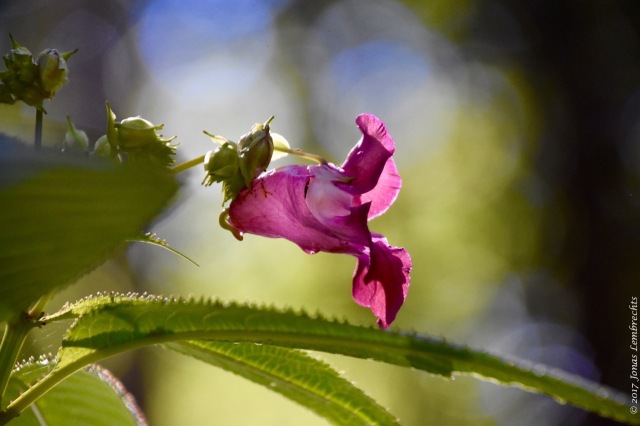 Time for a plant portrait of one of my favourite Belgian study species: Impatiens glandulifera, a tall herb with its origin on Himalayan mountain slopes, yet introduced all over the world by humans who fell in love with it. 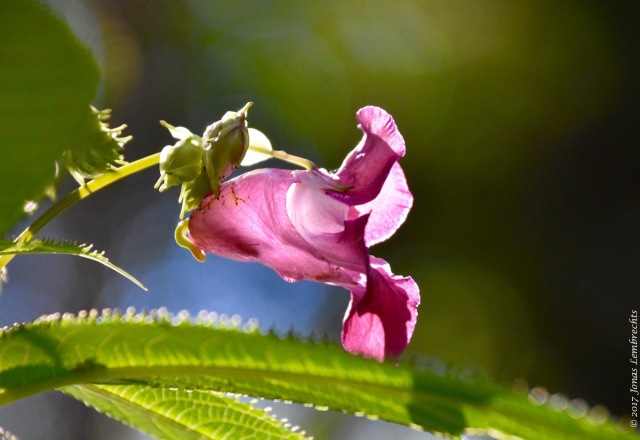 And what’s not to love about the Himalayan balsam? The flowers are beautifully original and shaped like a weird pink hat, earning the plant its common English names ‘Policeman’s Helmet’, ‘Bobby Tops’ and even ‘Gnome’s Hatstand’. 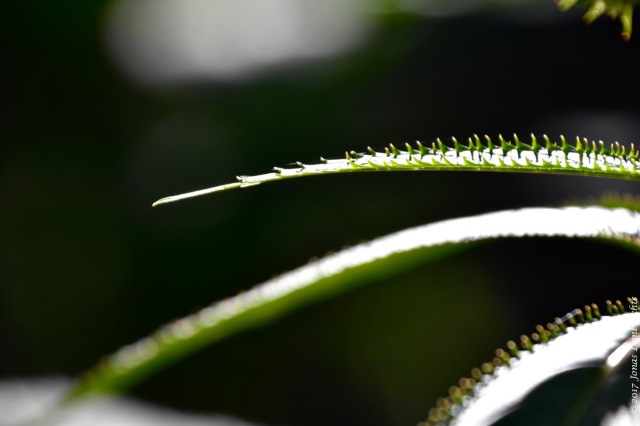 Yet when the delicate pink flowers disappear, the fun is all but over: the genus name Impatiens refers to the plant’s method of seed dispersal. When you touch the ripe seed pots, they ‘impatiently’ explode, scattering the seeds in all directions. I bet you this provided hours of fun as a child in my parent’s garden! 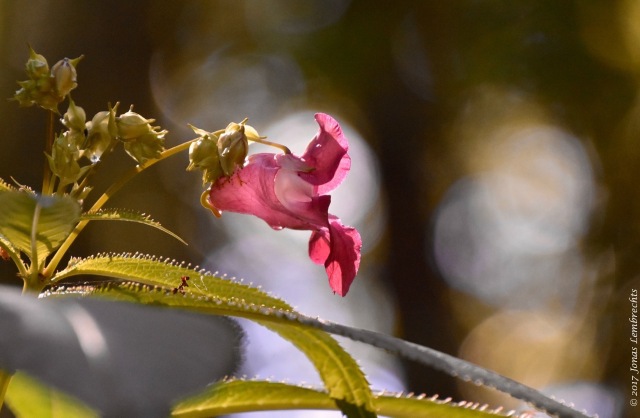 Yet it is exactly this attractive but aggressive method of seed dispersal, coupled with a high nectar production that attracts countless pollinators, that makes the plant so successful. In many regions in Europe and North America, the plant easily outcompetes the native vegetation, especially along rivers.

It is in that last environment that it provides the most trouble as well. Similar to that other invader, Japanese knotweed (Fallopia japonica), the Himalayan balsam dies off in winter dies off in winter, leaving the river banks bare and unprotected. Such an environment is much less protected against erosion by winter floods than a river bank covered with native reed (Phragmites australis) for example.