Species on the move

The world’s climate is changing rapidly. There, I said it! A statement backed by scientific evidence that keeps piling up, day by day. Yet, what is perhaps even more important: the impact of this changing climate on our world are now undeniably starting to surface as well. From the damaging effect of extreme weather events, over the slow-yet-steady rise of sea levels to the changes in the distribution of countless species; climate change is happening under our very eyes.

Concerning the latter, an impressive recent review in Science (Pecl et al., 2017) has bundled all these observed biodiversity redistributions, highlighting why we should care about them. And that last fact might be even more interesting, because at first sight, it might be not more than a scientific triviality if organisms are heading north or up in the mountains.

Climate is changing, and species are moving along

Yet these observations are far more than just a triviality. Our lives connect much tighter with the living world than we realise from inside our nice nature-free concrete cubicles. Changes in species distributions will affect human lives, and it is already happening right now. This is dramatically exemplified  by mosquitoes such as Aedes and Anopheles, which play a crucial role in the distribution of malaria, yellow fever, dengue and several other diseases. With 750.000 human deaths a year, they are arguably the most deadly animal species of the world. Their distribution is however closely linked to temperatures and rainfall patterns, and consequently prone to rapid changes in a warming climate. For some areas, this could be a good thing, as mosquitoe numbers might fall, yet millions of people in vulnerable areas will be exposed to these mosquitoes in the near future, especially in Eastern Africa. 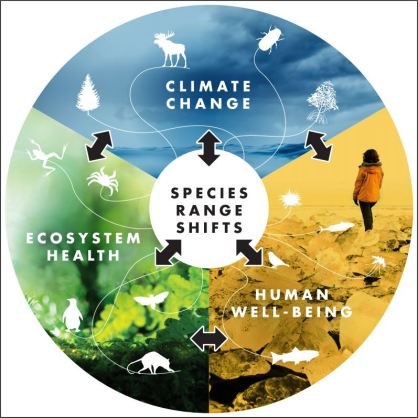 Albeit a dramatic one, this is just one of the countless examples of observed and predicted range changes that will affect our planet, varying from impacts on ecosystem health (e.g. crabs predating on organisms on the Antarctic seafloor that have never seen such a predator in their life), human well-being (fish species moving away from their fishing grounds, or the earlier mentioned mosquitoes) and even feedbacks on climate change itself (“Greening of the Arctic”, where larger shrubs are taking over from mosses and lichens, substantially changes the reflection of heat away from the earth). 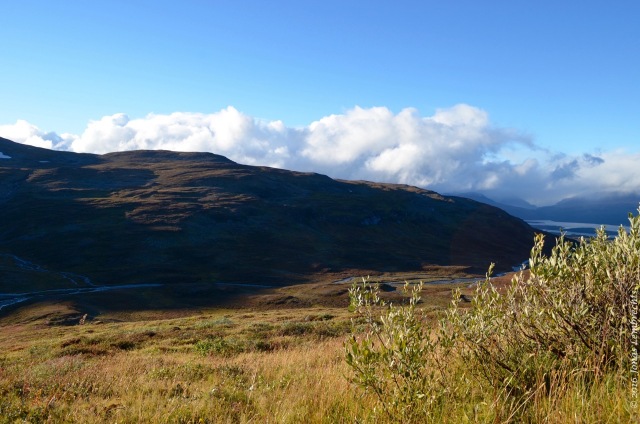 Shrubs are rapidly expanding to higher elevations and lattitudes in the north, with cascading effects on the whole ecosystem

The latter example provides additional insight in how these rapid distributional changes can cause an unstoppable cascade throughout the whole environment. The recent rapid shrub expansion in the Arctic tundra results in declines in the low-stature vegetation that is not prepared to deal with shade. Yet, the effect goes further, as has been shown that reindeer have been suffering from the decline in lichen, their favourite winter snack. The decline in reindeer consequently affects the economy of local Saami communities, with important challenges for the local and regional government. 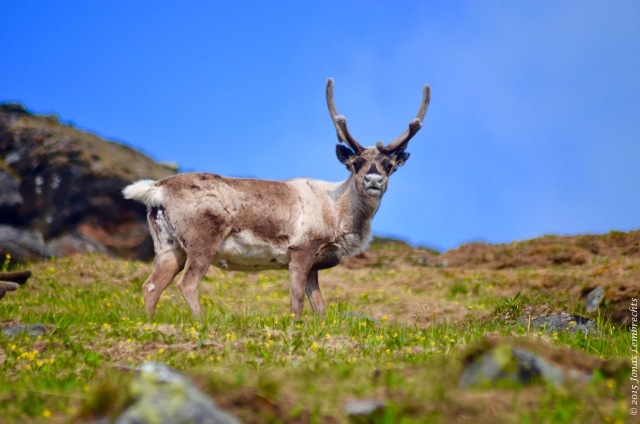 Reindeer herds are increasingly affected by the greening of the Arctic, as the cover of mosses and lichens gets reduced.

An important remark to end this worrying story: there will – as always – be winners and losers. Not all change is bad, and many positive surprises might pop up along the way. For example, coastal fishing communities in northern India are benefiting from the northward shift in the oil sardine’s range. In contrast, skipjack tuna is projected to become less abundant in western areas of the Pacific, where many countries depend on this fishery for economic development and food security.

Yet even with these positive effects, climate-driven range shifts will still provide massive challenges for our whole society: we will have to figure out how to deal with the negative, and get the most out of the positive effects. The impacts of species on the move will for example play a highly underestimated role in our capacity to achieve virtually all of the United Nations Sustainable Development Goals, including good health, poverty reduction, economic growth, and gender equity.

Agriculture around the world will strongly feel the impact of shifts in the location of optimal growing conditions, with major possible impacts on development and poverty reduction goals.

And that is all but a triviality.