Posted on September 3, 2014 by lembrechtsjonas

Our most remote plots involve hours of climbing on steep mountain slopes, through dense willow shrubs and over dry rocky areas. 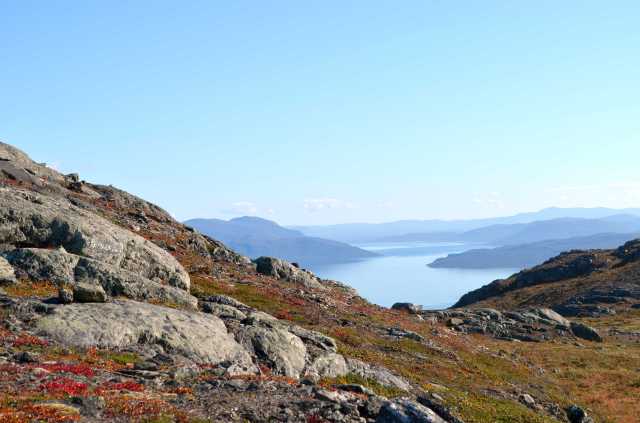 But not this time. This time we had to walk for 20 minutes to Abisko’s helicopter base and do the full hour-long walk in less than 5 minutes.

The helicopter was a nice, big red insect that we had seen zooming around over the mountains before. But now, it was our turn to put our luggage in its trunk, put on the huge headset and communicate like true professionals through the microphone.

The flight itself was as exciting as it was short. The helicopter was really stable, so you almost could not feel the lift-off. It sheered closely over the mountains, right past the famous Lapporten gate, and in no-time we reached the top.

There, the helicopter quickly dropped us off – landing on the open Arctic tundra was no problem – and we ran away of its swirling propellers.

That is how we got up on the mountain top at 8:50 in the morning, the earliest we have ever been there. Of course, the rest of the day, working and walking downhill, were the easiest we ever had up here, and we managed to do a lot more work than expected and planned. 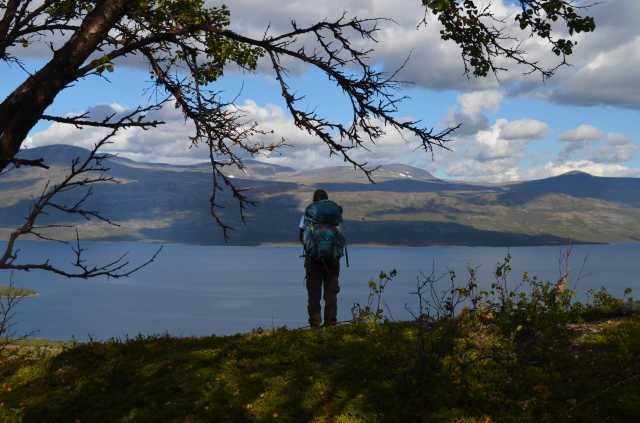 If it was not for the money, I would not mind more of this way of travelling in the future!

1 Response to Flying a helicopter