What is hiding in mountain roadsides?

5 years later, we are getting ready for a re-survey of our longterm observational plots along the roads in the Norwegian mountains. The perfect moment to summarize for a second what we learned from our first trip. This post was published first in a series on this summer’s field trip on the INTERACT blog.

Autumn in the Arctic mountains, the setting for our research. All pictures from the previous campaign in 2012.

Mountains are increasingly important islands of pristine nature in our rapidly changing world. They contain some of the most diverse biodiversity hotspots in the world, have a high aesthetic value and their conservation is important even from an economic viewpoint. 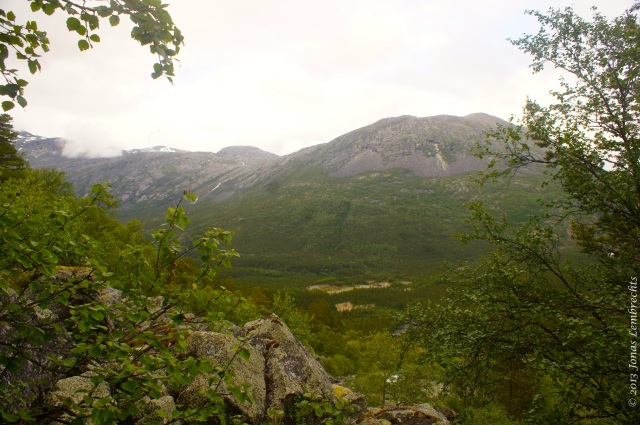 For now, alpine ecosystems are among the least disturbed ecosystems in the world. However, climate change and increasing levels of human influence are rapidly changing the face of our mountain nature. A clear example of this human influence is given by the building of roads in mountains, which does not only physically disturb the alpine vegetation, yet also initiates an avalanche of consecutive effects on the mountain ecosystem. 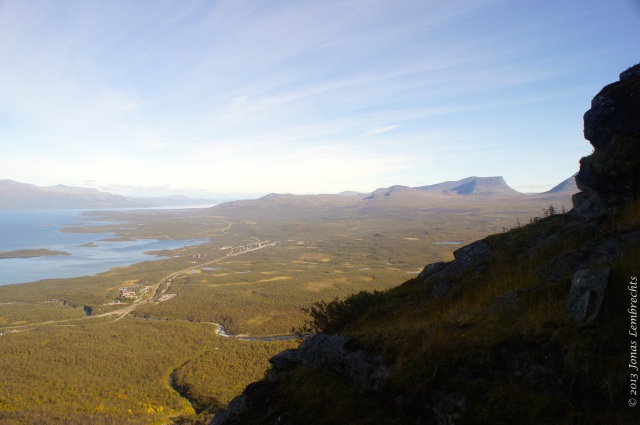 With our long-term observational project, we study the reaction of the alpine vegetation to such mountain roads. One lonely road to the top often marks the beginning of an intensive process of disturbance, as it creates access for both tourists and industry. It is well known that roadsides change the ecosystem in all its facets and that they cut the core of undisturbed vegetation in smaller, devaluated pieces. 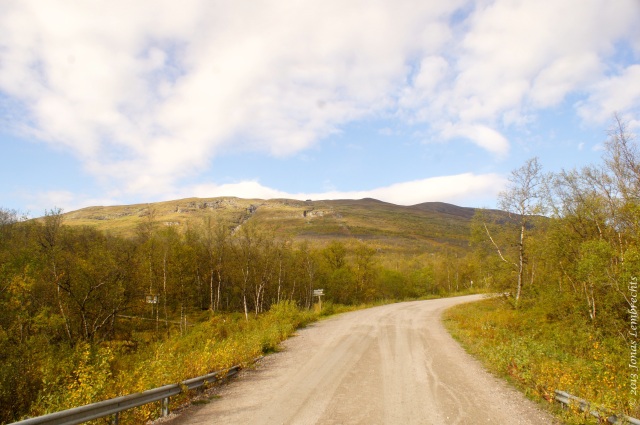 Perhaps surprisingly, roadsides in the subarctic mountain system host a HIGHER plant diversity, as can be seen on the following graph. A counter-intuitive result, at first sight, as you might not have expected any positive effect of such a radical disturbance on nature.

However, before we all start celebrating this positive outcome, we should have a closer look at the processes that explain this higher species richness. I already highlighted the completely different growing conditions in roadsides. Apparently, these conditions are ideal for a lot of species that normally do not get a chance in the natural system.

In our system, this sudden opportunity for so many species results from the clear negative effect of the roads on the most important plant species in the Scandinavian mountains: mosses and crowberries. Together with a few other berry species, they create an  uninterrupted, dense understory. This dense mattress effectively blocks all germination chances for virtually all other species. The crowberries use an even more vicious trick: they produce chemical compounds that actively limit germination chances of their competitors for space. Consequently, the normal, undisturbed ‘climax’ vegetation in the subarctic mountains often hosts only a meager ten species, the others are all efficiently outcompeted. 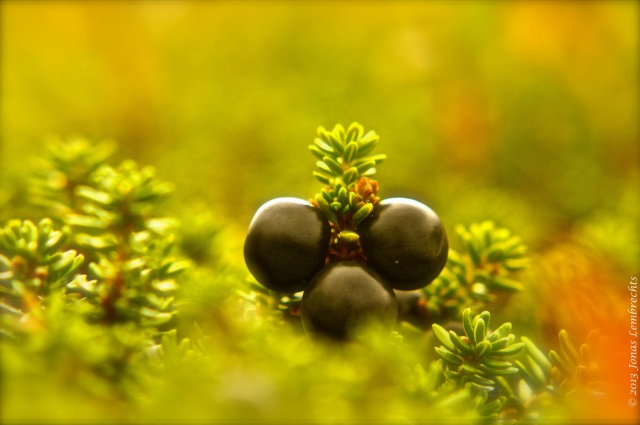 When humans start building roads in these systems, the dense cover of mosses and berries is destroyed. The natural vegetation disappears and the remaining bare soil creates magnificent opportunities for new seedlings of so many species that would otherwise stand no chance at all.

So, the loss of the insuperable bully leaves the playground free for all other plants to flourish. This gives a higher diversity, although the resulting vegetation is completely different from the one occurring naturally in the mountains.

But there will be more. It is not only the basic species richness that changes in the roadsides, but the disturbance causes a whole sequence of other effects. More about those in a next post.