Lyrical about a forest

Oh, the Patagonian forests! You might remember me getting lyrical about them in a previous post, but I did not have enough time there to express all my love for them. I especially wanted another chance to speak about all wonderful things living together under these colourful leaves. 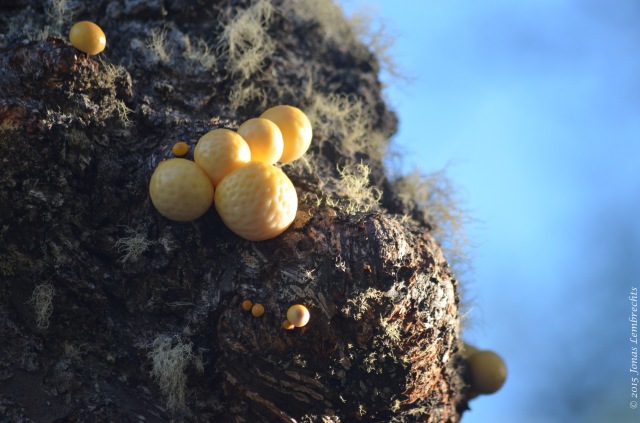 Imagine a sunny day, ten degrees, clear blue skies… The days before have been troubled by icy snow storms that smell of winter, but the sun is strong enough today to melt all the snow. A rare hot spell before winter really takes over the south. 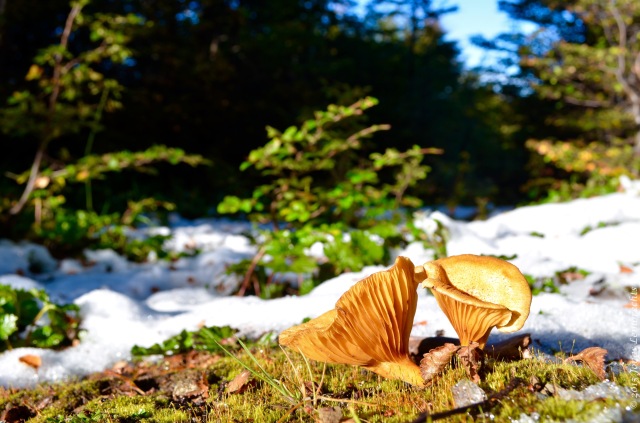 At first, the lenga forest seems completely silent. Then, slowly, noises start coming through. The last remainders of the snow drip from the leaves of the Nothofagus trees and water droplets slip from the hanging lichens of Old Man’s Beard, re-imagining the best melodies of a natural  organ. 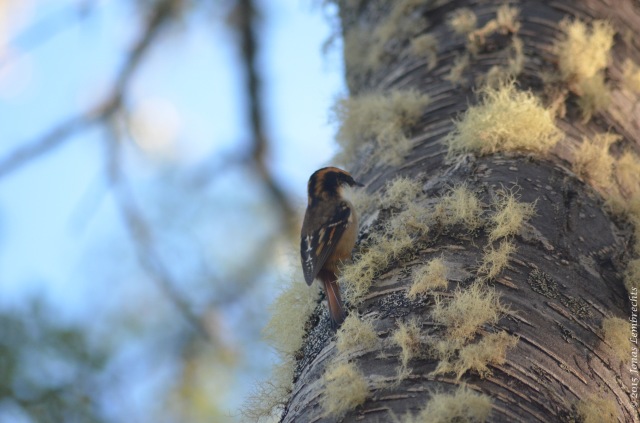 The trees start sparkling with the sounds of thorn-tailed rayaditos, beautiful little fellows that tirelessly roam the bark and branches for insects. They are curious enough to hop close-by and show off their warm colours in the rays of the sun. 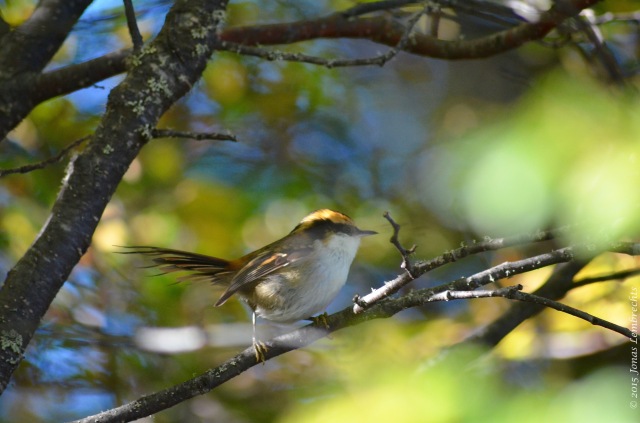 A flock of austral parakeets disrupts the peace as they soar over the tree tops. Their tropical plumage contrasts beautifully with the snows of winter. They do not seem to mind; not all parakeets are by definition summer lovers, so it seems. 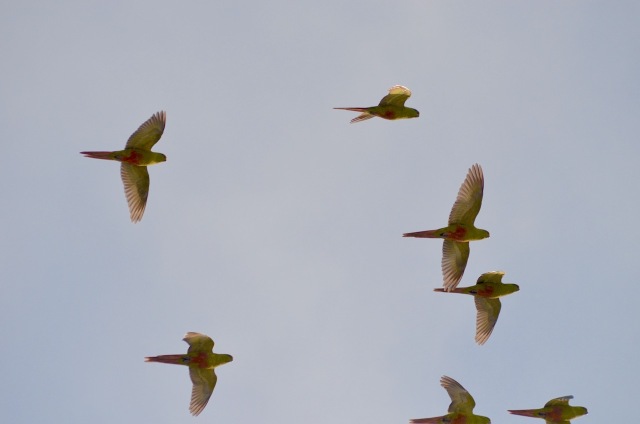 All around the forest in April, the signs of autumn are abundant. Mushrooms take the lead, here, with a special mention for Darwin’s fungus, a yellow little golf ball named after the famous scientist, who took samples of this funny creature in the lenga forests on his trip with the HMS Beagle. 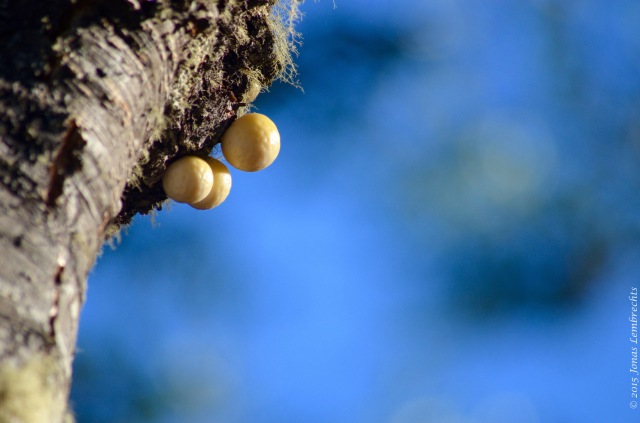 Another mushroom currently stays unnamed by me, although it might have been even more striking with his shiny purple hat. 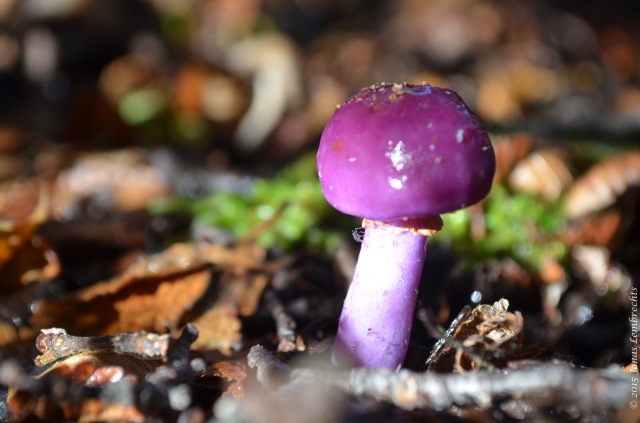 Although diversity might be lower in the harsh world of the subarctic than in its tropical counterpart in the north of South America, the remaining species easily make up for that with character and charisma. Another one of my favourites is the Misodendron, or feathery mistletoe, who happily parasites the lenga trees together with the Old Man’s Beard-lichen. There are clearly whole ecosystem living underneath the canopy of these lenga trees! 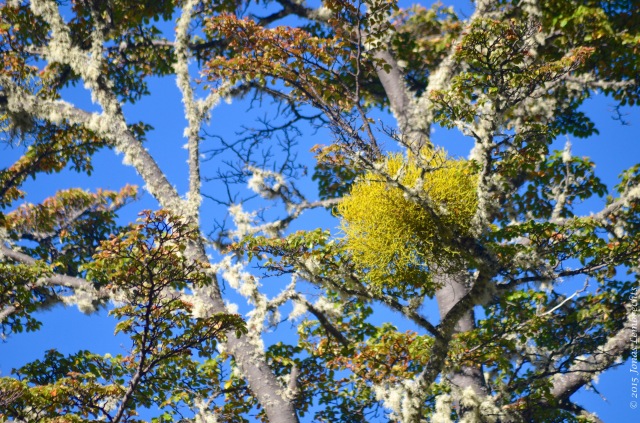 The Nothofagus forests of the south might be less famous than the rainforests of the tropics, but they deserve at least the same admiration! 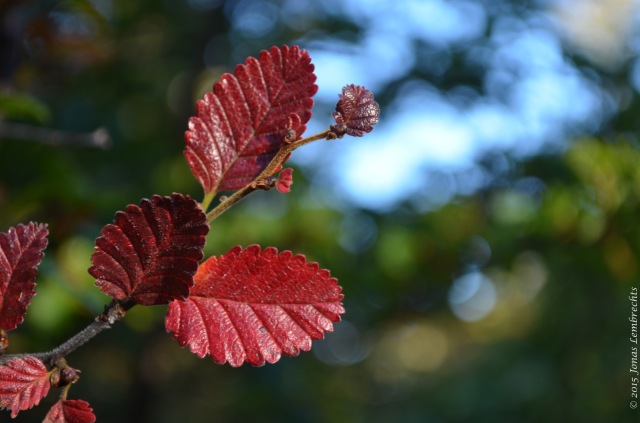 8 Responses to Lyrical about a forest