The root of all power

Posted on February 20, 2015 by lembrechtsjonas

Earlier, I wrote about the strong foundation that is needed to build houses in the dunes.

Natures’ prototype of such a strong holdfast is found in the shape of European beachgrass, the true hero of the dunes. This species grows from a network of so-called rhizomes, that as no other keep together the sand and immobilize it.

These rhizomes have amazing skills for live in the dunes, one of them to grow two meters laterally every year, allowing the beach grass to colonise new areas in the highly disturbed environment at the sea shore. The rhizomes even tolerate a certain time submerged in water, so they can break off, drop in the water, come ashore somewhere else and start a new colony.

This species  is unbeaten as king of dune fixation, and at this point still the best method we have to limit erosion  in damaged dunes. Beachgrass hence serves a major role in the protection of the lowlands of Western Europe against storms and rising sea levels.

They are a perfect example of a stress-tolerant species. They can handle (certain levels of) the recurring disturbance caused by sea, wind, sand and rain, they know how to deal with the bad soil conditions in the dunes and they are true pioneers, as they will always be the first plant  species to colonise the bare sand areas.

The true powers of plants never cease to amase. 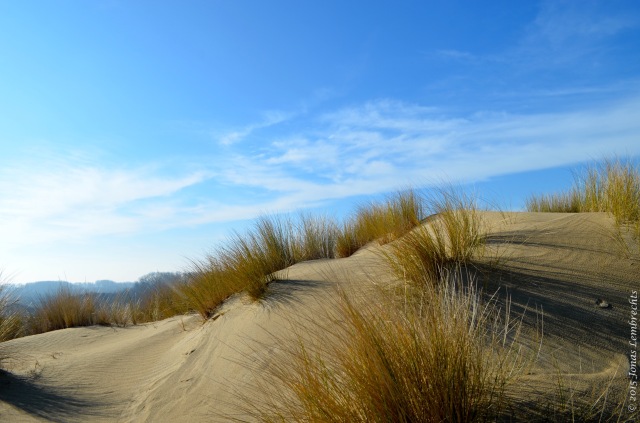 1 Response to The root of all power