Our green is grey

This column appeared originally in Dutch in EOS (www.eoswetenschap.eu)

There’s no nature here anymore in Flanders. Not if we were to define it as ‘untouched wilderness’ that is not or hardly influenced by human activities. We have lost our last primeval forests for centuries, and in inaccessible mountain tops or vast deserts we never really excelled.

No more nature? But what about all those forests, fields, swamps, dunes, moors, parks and gardens? Indeed, there is still green in the region – there is just a lot less of it than we might have hoped. That means, however, that our definition of nature must include more than just wilderness. 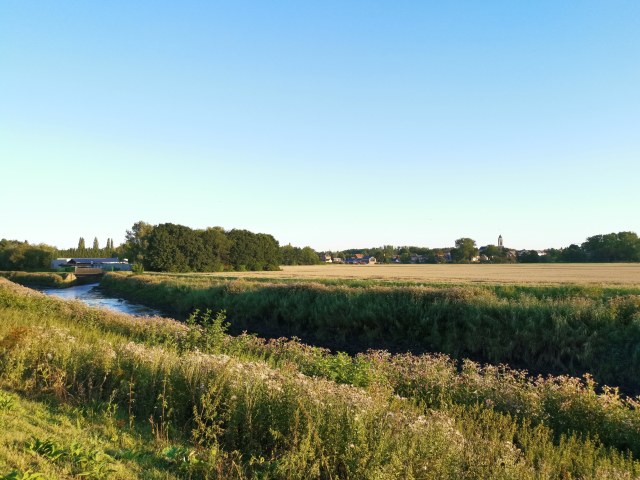 Nature or not? If this typical agricultural scene from Flanders fits under the definition is up for debate

But where do we draw the line? How much ‘culture’ makes green unnatural? What about our heathlands, which can only exist when managed? What about parks, gardens and fallow land? Even such a less strict definition quickly clashes with its limits. Our green clearly has a grey zone. 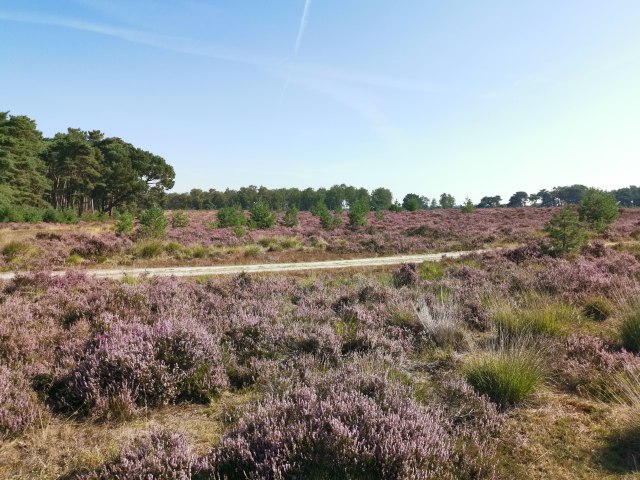 Heathlands – here the Kalmthoutse Heide north of Antwerp – need continuous management to survive. Nevertheless, many would see them as natural.

This grey zone in our definition of nature makes it more difficult to protect it. How, for example, can the government show whether nature is increasing under their management if we disagree on what exactly we mean by it? Just counting forests is not enough – as sometimes happens in the context of carbon sequestration. Few people will argue that a beautiful orchid meadow or extensive flood plain is not nature, and that we need to reforest it. Focusing on all the green patches in our landscape on the other hand will not help us either. Regardless of how green a football field may be, giving it the ‘nature’ label might be a bit of a stretch.

On top of that, nature itself is changing faster and faster. The smooth spread of the word ‘betonstop’ (concrete stop) through the Flemish media has unfortunately not yet prevented the expansion of this concrete itself, while the changing climate is also increasingly oppressing nature.

Concrete is still on the rise in Flanders. Some species – like this exotic butterfly bush – can deal with the harsh circumstances of city life, but many others are lost.

We are in the midst of a biodiversity crisis, in which we are losing species at breakneck speed. Animals and plants that used to be taken for granted have increasingly disappeared from the landscape. New species can take their place, so-called exotics that have been introduced here by humans. In many cases, it is precisely in those places where nature is most oppressed – in our cities, for example – that these exotics take the upper hand.

The evolving nature with its new species also changes our own perception of what nature is. The older generation perhaps remembers how you could hear a lark chirping above almost every field. For young people it is a surprise that no noisy parakeets flew through the parks of Brussels just a few decades ago. Your home environment can also influence your definition: those who live in the city have a very different idea of green than those who have spent their whole life on the farm. Often, however, we are hardly aware of these differences in perception.

A few decades ago, our countryside was filled with biodiversity, now the balance is often tilting towards more and more monocultures. Does that change our perception of how natural we perceive these fields?

The corona crisis in recent months has once again shown how crucial nature is to our health and well-being. As long as we do not clearly visualize these differences in perception, we will remain stuck in a lack of understanding about measures that nature is trying to strengthen. This results in bickering about cutting down trees in order to restore heathland, or in heated discussions about whether or not to fight cuddly-looking exotic species.

A better understanding of what we experience as nature can explain what we hope nature will look like in the future. Even more importantly, it gives nature managers the opportunity to take into account even better this range of personal definitions in their policy and communication. In this way, we increase support for much-needed management.

We will put a good step in that direction, with a questionnaire soon to be launched. Follow it all on www.natureornot.be!

2 Responses to Our green is grey