Spring finally arrived here in Belgium, and with that spring the  fieldwork vibe inevitably starts blossoming as well. 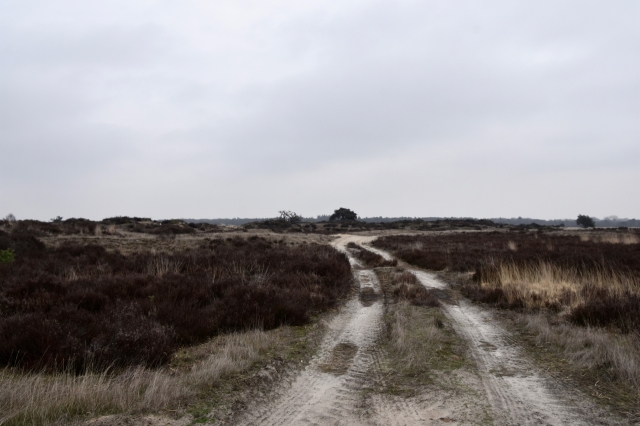 The ‘Kalmthoutse Heide’, north of Antwerp, on a grey day just before the start of spring

To get that fieldwork vibe up to speed, we headed north of Antwerp, to the ‘Kalmthoutse Heide’, a large swath of semi-natural heathland on the border with the Netherlands, and – in my opinion – the jewel on nature’s crown around Antwerp. There, we had a meeting with a forester of the Agency of Nature and Forest (ANB) to scout for plots for a new and exciting experiment for this summer, with a fascinating name: Dark Diversity. 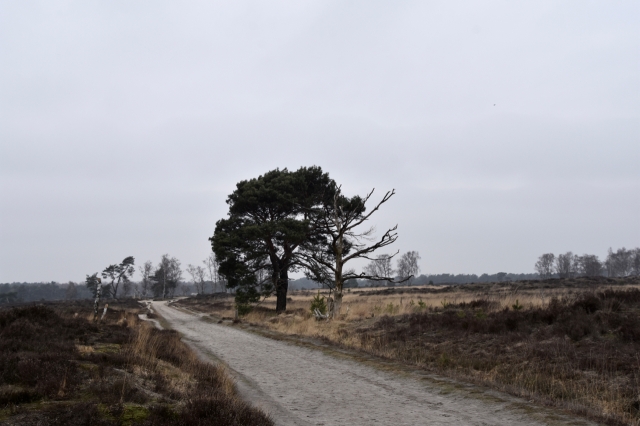 No, we will not be monitoring orcs, trolls and other dark spawn, dark diversity simply refers to those species that are NOT present in a certain place, although they theoretically could be there. The absent biodiversity, so to speak. To get a formal idea of which species are not present in a certain area, we joined the global DarkDivNet Network, who will be monitoring this absent diversity all over the world.

Some colour on that grey day: a garden variety of Erica tetralix, with Narcissus in the background

The idea is to monitor the vegetation in a typical natural or semi-natural ecosystem in your region, and compare that with the total plant species diversity in the whole are. That should show that only a subset of all species in a region can tolerate the ecological conditions of a given site. Of those, not all are realized in local communities. The absent part of the species pool forms the dark diversity of a community.

It is for this reason that we drove north to the heathland area in Kalmthout, a fascinating ecosystem with high conservation interest. Including this vegetation type as flagship of our Flemish nature into the global network sounded like a great decision.

Dramatic landscape where recently a forest has been cut, aiming for heathland recovery

To study those processes that influence the dark diversity, we will compare the typical  heathland vegetation with a side that has seen recent anthropogenic disturbance. We went for a drastical disturbance: the complete removal of a pine forest – complete with invasive shrubs and all – for heathland restoration.

This site is still far from the target heathland vegetation, yet will over time hopefully slowly converge. This should reveal some cool dynamics in the dark diversity as well.

For now, we stuck to a short scouting mission. We will return in summer for the real deal: vegetation surveys and soil sampling, hopefully under a sunny summer sky! Stay tuned!