The all-seeing eyes of the guanaco

Posted on March 8, 2019 by lembrechtsjonas

This is the 6th post in a series of stories from our fieldtrip to South America. Check out the arrival in Concepcion, the first, second and third fieldwork day and this post on pine invasions <– 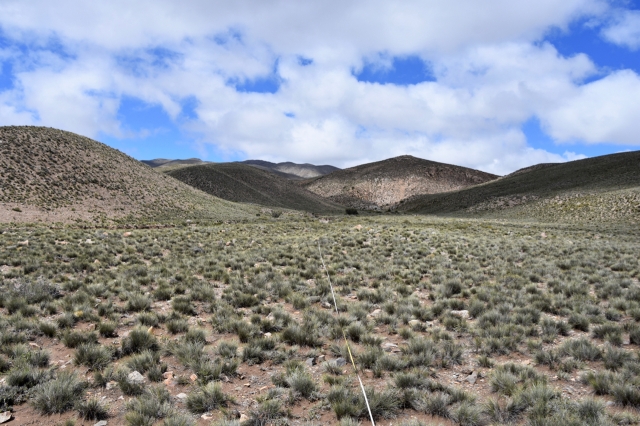 We are now making a major jump compared to the previous posts on this fieldtrip to South America: from the lush and very European looking vegetation at the feet of the Andes in central Chile to the very(!) dry lands around Mendoza, Argentina.

Rolling hills with patchy grass vegetation, a typical view in the area

Our first fieldwork day over there immediately felt like the jackpot: rolling hills, amazing views, and working under the all-seeing eyes of guanaco’s, the uncrowned kings and queens of the Andes.

The latter are fascinating creatures. They have a strong preference for viewpoints, and thus keep popping up on the most stunning mountain ridges, cliffs and rocks. They always keep a watchful eye out for us, but did not care too much about human passage. And their ears are just plain adorable.

A guanaco on the road in the mist, a funnily spooky sight

As you can see from the pictures above, our first fieldwork day in the Andes slowly and surely turned more cloudy. Our first plots in the morning, at the top of our study road for the day, were conveniently situated high above the clouds. However, as the day proceeded, we drove deeper and deeper into a foggy soup of greyness.

Old ‘candles’ of Verbascum thapsus kept popping up through the fog

This weather was rather unusual, so our local guides warned us. And rightfully so, as we had been preparing for baking summer suns in the desert climate around Mendoza, where scorching temperatures were the rule. Not so on our first fieldwork day; we even got some rain, and temperatures low enough to consider putting on a jacket. For those of us used to summers in the Norwegian subarctic, it again felt surprisingly much like home (albeit with guanacos appearing in the mist instead of the traditional reindeer). 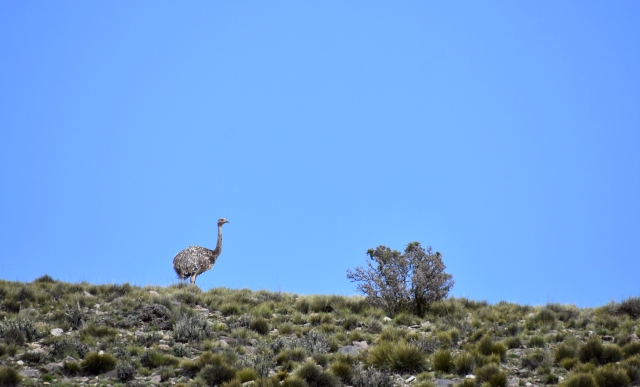 A nandu on a mountain ridge, high above the clouds

From a scientific viewpoint, that first day in Mendoza also turned into a success. Our protocol – thought up at home with mostly Scandinavian heathland as a reference – managed to withstand the totally different vegetation structure in the region. But, oh boy, how many plant species do they have there!

It might not appear as such in the pictures, but these alpine grasslands hosted a diversity that was far too much for me to learn in one week. The shrublands in the valleys were an even bigger challenge, with time and time again several different species of shrubs in every plot. Luckily, we could again count on an enthusiastic team of local experts, without whom this would have been an impossible challenge.

And with that, the remaining fieldwork time was getting shorter, but the dataset – and our sample bag – was steadily growing. Fieldwork is most certainly rewarding! 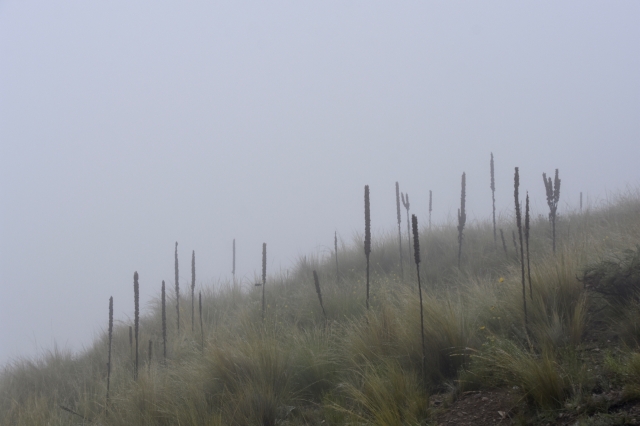 2 Responses to The all-seeing eyes of the guanaco