Plant species are on the move, and it is us humans who are moving them

Today, I am finally defending the results of all these years of hard work. For those who cannot join me in the celebrations at the University of Antwerp, here is – in short – the message I want to tell the world. 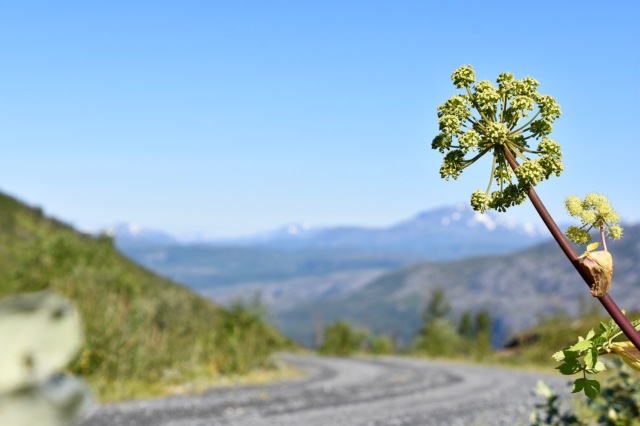 Angelica archangelica along mountain road in the northern Scandes, Norway

Human actions are having a significant impact on the distribution of plant species, and locally even more so than the warming climate. It is the surprising outcome of the PhD-thesis from University of Antwerp-based Jonas Lembrechts, who is studying plant species distributions in cold-climate mountain regions.

Yes, the warming climate is shifting the distribution of plant species poleward and to higher elevations, but our actions are causing even more rapid and structural changes to where species can be found. In his PhD, Lembrechts showed how humans are helping non-native species to invade mountain regions: “Humans are taking non-native plant species with them all over the world, introducing them to other mountain regions. Once there, these species can profit from human structures like mountain roads to move rapidly to higher elevations,” Lembrechts explains.

But it is not only new species who hitchhike on our mountain roads; native plant species use them as well. “I discovered that mountain roads host busy plant traffic from native species as well,” says Lembrechts. “The local environmental conditions in roadsides help many native species on their way to the top, and alpine species even use them to move downhill.” He indeed uncovered important heterogeneity in local conditions that had largely been ignored in the assessment of species distributions: local climate and soil conditions – crucial to plants – can often vary more on a scale of centimeters to meters than across a whole elevation gradient. And human disturbance is a crucial driver of such heterogeneity.

Mountain roads – here in the Chilean Andes – and other anthropogenic disturbances have a large effect on the local environment, and consequently on regional plant species distributions.

Anthropogenic disturbances like these mountain roads thus help plant species to move hundreds of meters up and own the mountains, a magnitude of ten more than they have moved due to climate change. These results suggests that we are largely underestimating the direct effects humans have on the distribution of species. That is why Lembrechts warns: “climate warming is having a large – and accelerating – effect on the distribution of species globally, but it should not let us underestimate the direct effect of human disturbance locally.” For mountain conservation, it is crucial to concentrate human presence: urge tourists to stay on the trails, and leave our remaining pristine mountain nature as undisturbed as possible. Only then, we can give the mountain vegetation the necessary room to deal with climate change itself.

8 Responses to Plant species are on the move, and it is us humans who are moving them