Conquest of a continent – pine invasion in South America

Posted on March 9, 2015 by lembrechtsjonas

San Carlos de Bariloche, Argentinia. The road to the airport is flanked by massive pine trees, blocking the view on the surrounding dry Patagonian steppe. They seem to flourish in this environment, although they are far from home. The new environment does not seem to stop them from growing tall and strong, and –most importantly – producing large amounts of seeds. 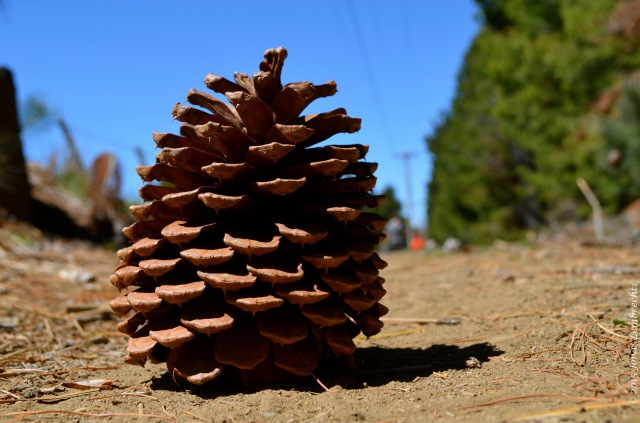 Those huge pinecones might have given it away, but pine plantations of every species can produce an enormous mass of seeds that dramatically accelerates the invasion process. 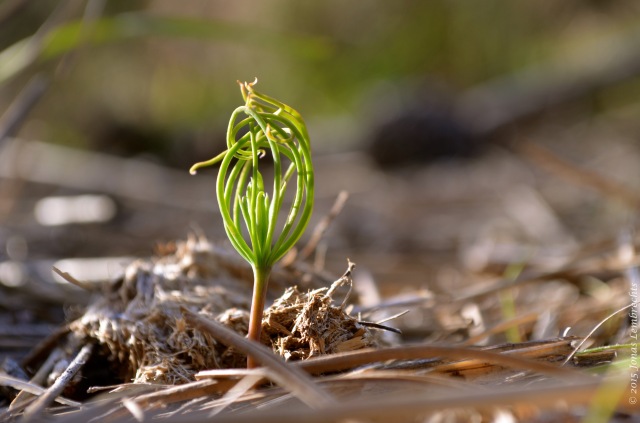 Pine seedling, the beginning of invasion

The impact of this seed rain is obvious as soon as one steps through the first row of planted trees. All through the Patagonian steppe, a mosaic of big, small and smaller pine trees is developping, turning the open steppe landscape into a conifer forest. The correlation with the planted seed source is obvious, with many and tall trees close to the roadside, from where they gradually decline in number and size over the next ten to hundreds of meters.

This potential for spread outside the plantations and the massive impact of conifers on the native open steppe vegetation has sparked the attention of ecologists. Although many conifer species were introduced in South-America in the 19th century or earlier, the true large-scale introductions by means of commercial plantations only started throughout the 20th century. This makes conifer invasion a fairly recent phenomenon in South-America. 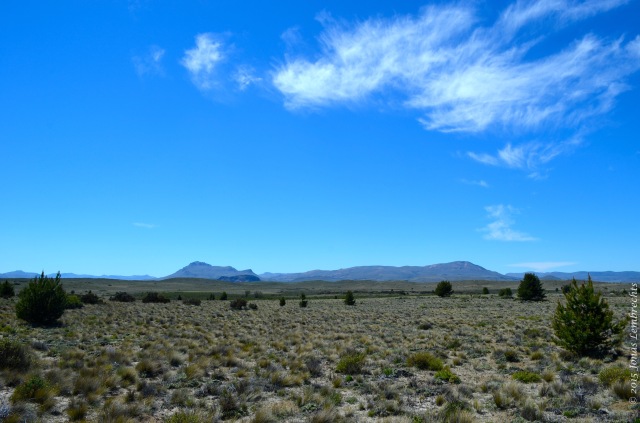 Invasion front, where pines are far from each other and limited in size.

This last fact might be an important key towards the management of the invasion. The introduction of conifers to South-America lags behind to several other important cases of pine invasion elsewhere on the Southern Hemisphere, like New Zealand, South Africa and Australia. With current conservation measures fairly weak in South America, it is really important to learn lessons from the successes and failures concerning past introductions elsewhere. 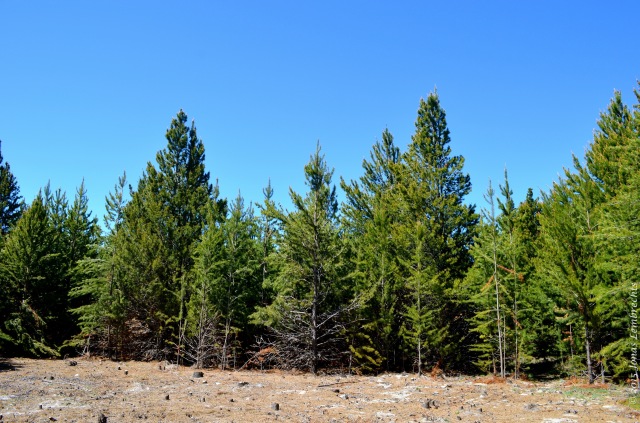 Experimental removal of pines to investigate regeneration of the natural vegetation.

Current investigations focus on the impact of these rapid changes on native ecosystems all over South-America. Changes in fire frequencies in the steppe, diversity losses in plants and animals, it all occurs in the shade of the spreading pines. Other important questions involve the abilities of the original vegetation to regrow after removal of the pines. More recently, we raised the question how this ongoing invasion might facilitate – or limit – invasion of other nonnative plant species. On that I surely hope to report in the future.

Pine invasion might replace the beautiful planes of the Patagonian steppe.

We will certainly hear more from these South-American pines, as they will more and more define the landscape all over the continent as they do in so many places all over the world.